Posted at 16:03h in News, Portfolio by admin 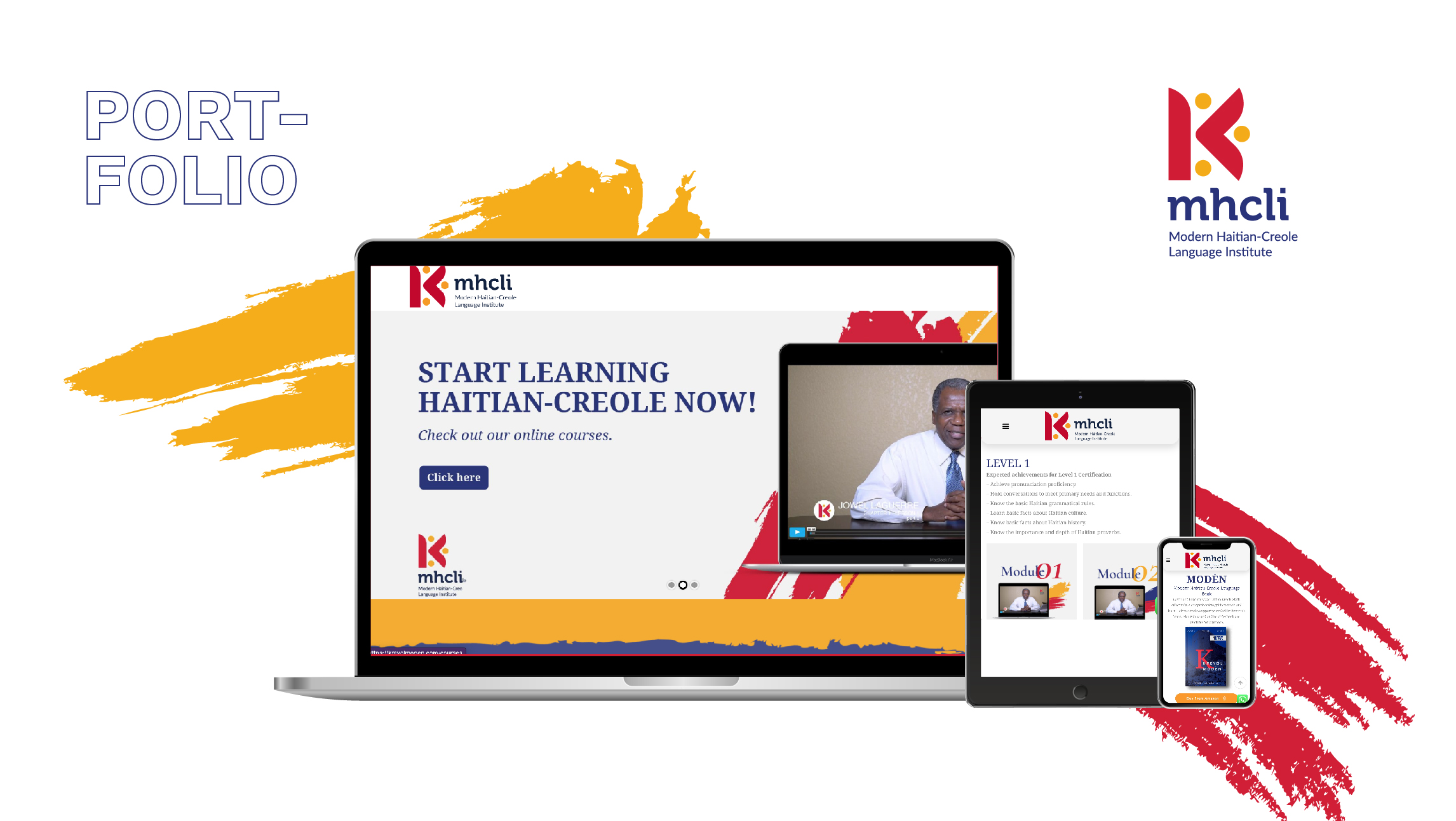 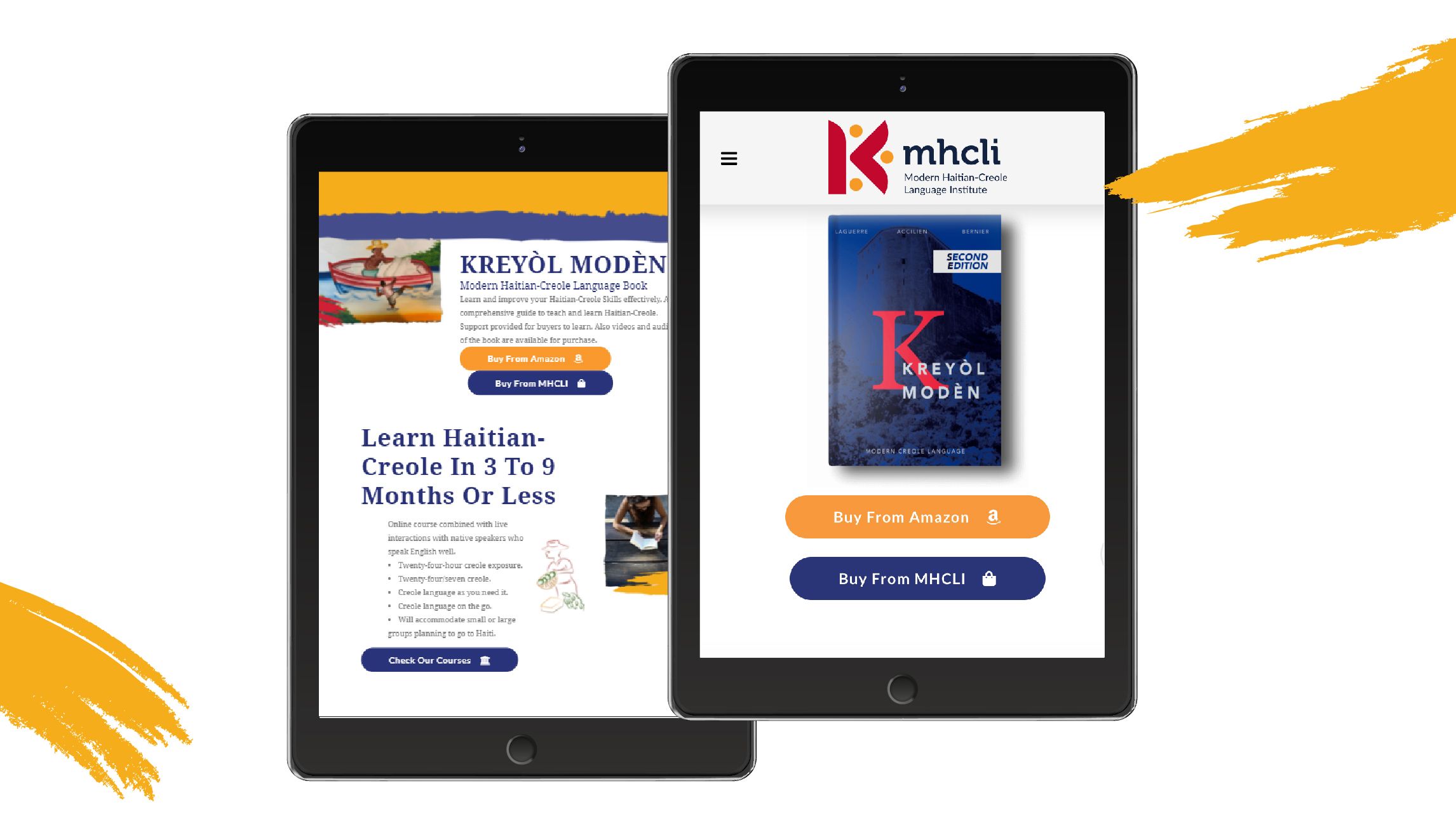 MHCLI or Modern Haitian-Creole Language Institute is an institute dedicated to teaching Creole, the Haitian Creole language, through online courses and textbooks. At the same time, the MHCLI provides consulting services in translation and understanding of Haiti and its language to better understand the Haitian people.

MHCLI came to Cualit with the goal of making learning Haitian Creole easily accessible to a diverse population of interested students around the world, and to potential learners across the United States.

Dr. Jowel C. Laguerre, founder of the Modern Haitian-Creole Language Institute and lead author of the academic book KREYOL MODEN, has been teaching the Haitian Creole language for more than three decades, and he needed a strong brand identity for his institute to be recognized, and a user-friendly website where you can promote and offer your courses and academic books.

In order for its contents to be liquid and adaptable to the needs of all its potential students, we also proposed the audiovisual production of the online courses, so the team traveled to the United States to meet Jowel and produce them.

Their Academic Director wanted the courses to be available online to be done on-demand from anywhere in the world, so we created a website for you so that they can be purchased. Also, those interested can find the KREYOL MODEN book there, the publication on which the course is based.

Moving to the United States to make an audiovisual production was an experience that required a lot of organization but at the same time a lot of adaptability. As in all productions, there are always changes, and when it comes to traveling to work in another country, there were many factors, such as remote location scouting and really getting to know it the same day we started filming.

The institute now has its own brand identity that is leaving its mark, a website where it can publicize its services and products, and a Moodle platform where the Institute offers all its courses.

In addition, we published his books both on the MHCLI website and on Amazon and campaigns were carried out to promote them.

We are currently working on a press strategy in newspapers linked to Haiti in different states of the United States and monitoring said campaign.

In the coming weeks, we will also launch an “English institute” module, where we promote its English teaching services for people who do not know the language. This new section of the website will be available in Spanish, Portuguese, French, and Chinese. 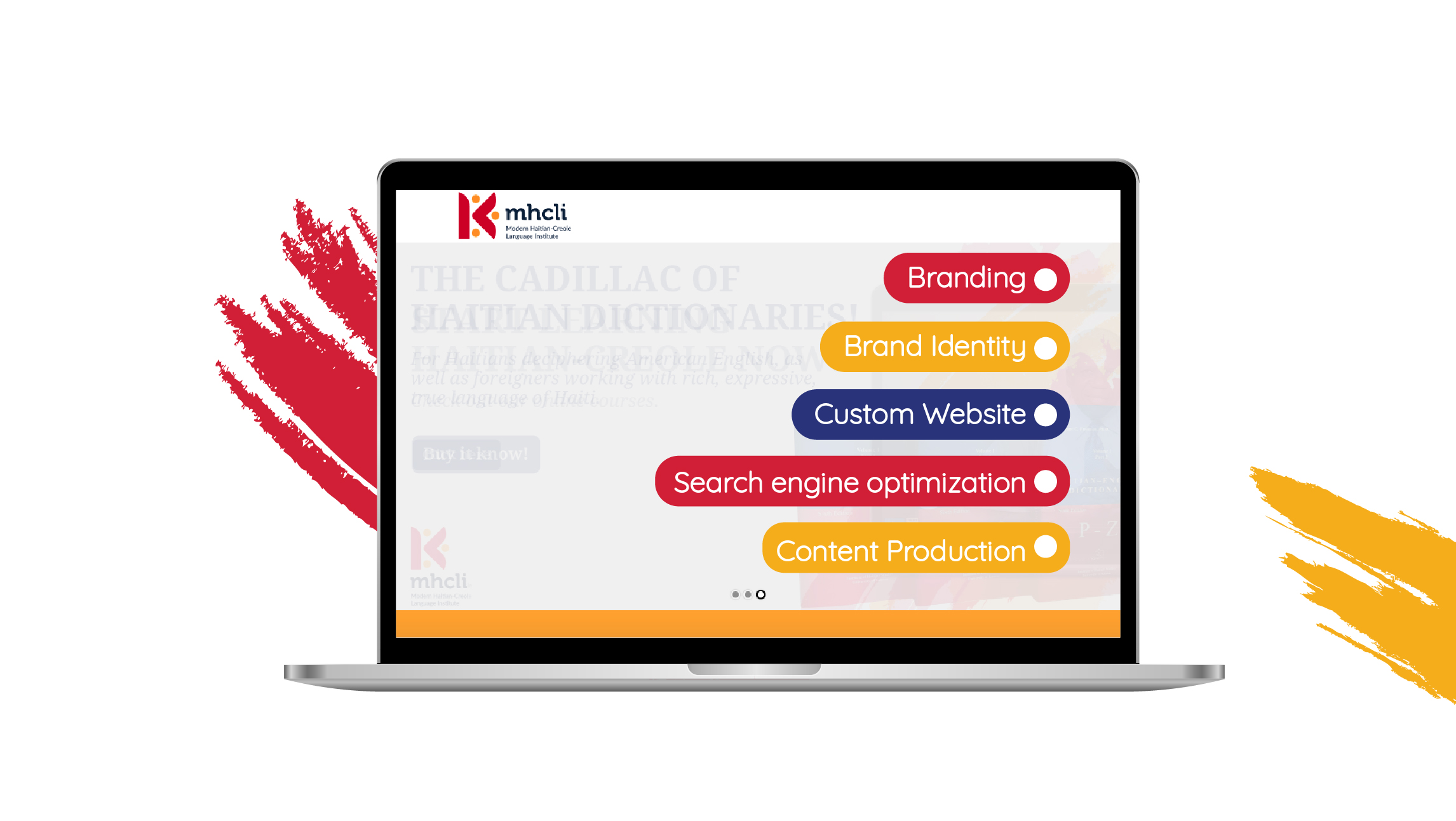