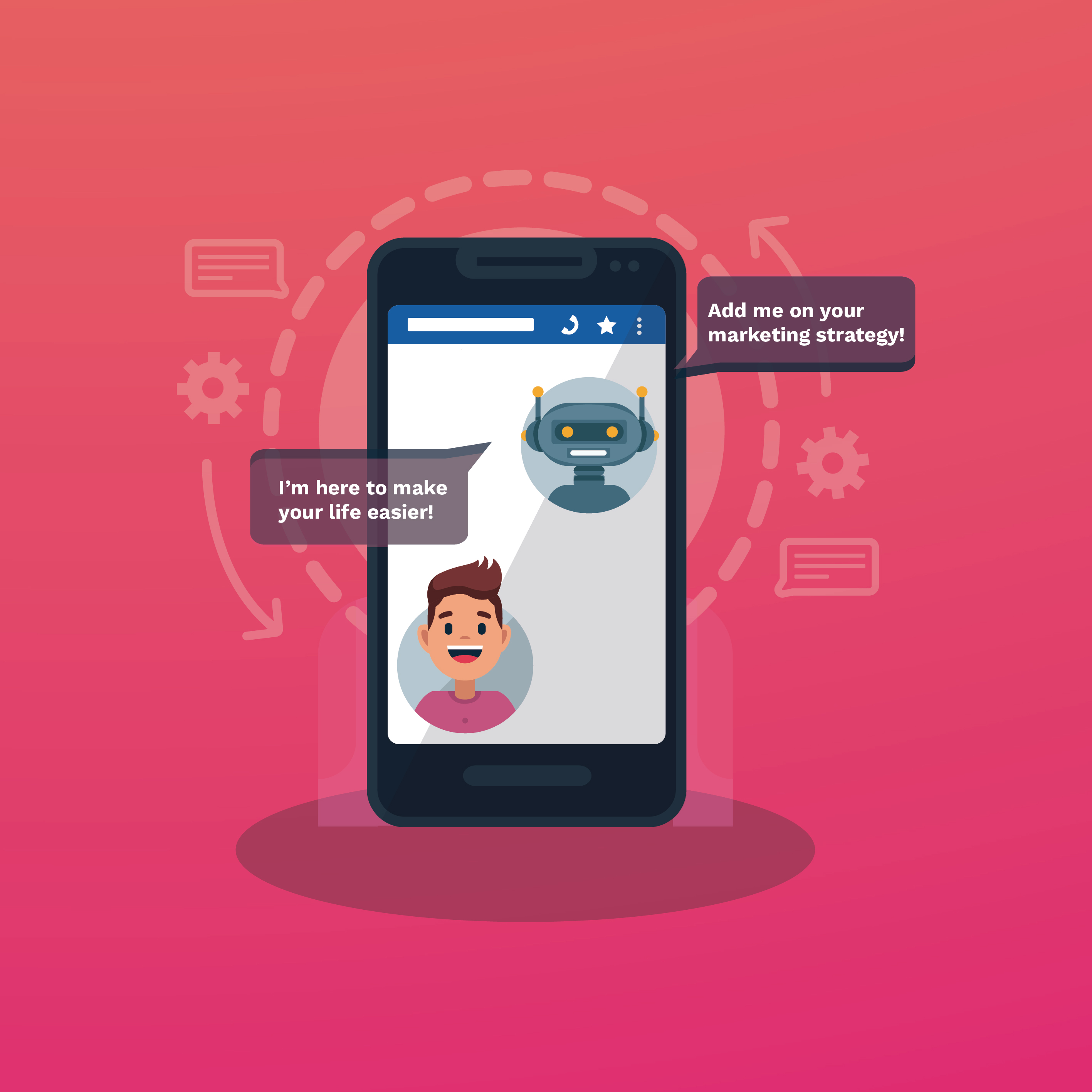 01 Jun Chatbots are the future

We know the idea of chatbots can be a little abstract. While some robots can come up as nice and sweet, others can be freaking scary.

But the thing is, robots aren’t the way movies makes us think. They won´t start a revolution to take over the world. On the contrary, they are meant to make our life way easier.

In this article we’ll try to show you why chatbots are an increíble tool.

Generally speaking a bot is a software that performs an automated task. A chatbot is a class of bot that can have a conversation with a human. For example, a user could ask a bot a question or ask for instructions and the bot could respond with an appropriate answer.

This intuitive definition of chatbot can bring some misconceptions with it. For example, it is common to think that a chatbot can have a dialog with a human the same way humans do. It isn’t hard to imagine, science fiction movies are full of examples, and it is the final goal. However, this isn’t possible using the current technology.

Another misconception is that chatbots only use text or voice to communicate, they can also interact via graphical interfaces or widgets, and the trend is going this way.

It’s also easy to think that chatbots are some kind of app, thanks to the way businesses use them to deliver their message, but they aren’t. The chatbot is an automated agent that, unlike an app, has an identity therefore making the interaction experience completely different.

Conversation is the goal

A chatbot can, and does, converse with a human. Even though its capabilities are limited, chatbots can have advantages over humans. They are available 24/7, they have access to loads of information and functionalities and they can be faster and more accurate.

But it’s important to remember that together, humans and bots, make a great team. For example, the chatbot can suggest answers or bring up relevant information for the human to act on.

Three types of chatbots can be named:

– Scripted, are the ones whose behavior is determined by rules.
– Intelligent, are the ones built with artificial intelligence techniques.
– Application, those with graphical user interfaces (see above Some Misconceptions).

Chatbots can be used in many different ways. Here are some examples: